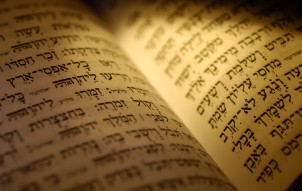 This week’s Torah portion is Va’yetze, “and he (Jacob) went out,” (Genesis 28:10 – 32:3)[i]. Jacob left, going out from the presence of his family and the turbulent situation at home, to seek his fortune in Haram, the birth country of his grandfather Abraham. Yet, the LORD did not allow him to leave without an encouragement, that regardless of his travels, he still had an anchor drawing him back home. It could be said that this is the inert pull continues to this day, drawing Jews from the Diaspora back to their land of promise, their heart and home, Israel.

The Haftarah, Hosea 12:13 – 14:10[ii], we see another perspective of Jacob’s leaving, this time instead of just going out (וַיֵּצֵא) as in Genesis 28, the prophet says he fled (וַיִּבְרַח). In the account in Genesis, it appears that Jacob had some control over the situation, he left of his own accord (even if motivated by situations of his own making). The perspective in Hosea, he fled, was also of his own accord, but the inference in the attitude that he was escaping, trying to leave his problems behind. The difference in the two accounts do not mean on is right and the other wrong, rather it shows a difference in perspective. Did Jacob leave home of his own “free will” to seek his fortune and wife or was his “free will” motivated by the potential repercussions of his deceitful, scheming actions? In reality both are true; just as the accounts of the twelve spies who checked out the Land were true; in the spies’ case, it was the handling the truth that caused the problems (Shelach, Numbers 13). This being said, we need to be conscious not only of the narrative but the perception and understanding of the narrative, both as we read scripture and as we tell our own stories.

The Haftarah ends with a Davidic type exhortation, “For the ways of ADONAI are straight, and the just walk in them, but the wicked stumble in them” (Hosea 14:10b). David wrote, “As for God, His way is perfect. The word of ADONAI is pure. He is a shield to all who take refuge in Him,” (Psalm 18:31). The ESV translates, “His way is perfect…the word of the LORD proves true.” Since His word is perfect, without fault and is in fact true, the first part of Hosea 14:10 is encouraging as well. “Who is wise? Let him discern these things. Who is intelligent? Let him know them,” (14:10a). We should be both wise and intelligent and walk in the ways of the LORD, now and forever more.

Before closing, please take a moment to pray for those in Israel and Paris who are still suffering under the trauma of the recent terror attracts. Shaul’s words to the believers in Corinth are most appropriate today:

Blessed be the God and Father of our Lord Yeshua the Messiah, the Father of compassion and God of all encouragement. He encourages us in every trouble, so that we may be able to encourage those who are in any trouble, through the very encouragement with which we ourselves are encouraged by God. (2 Corinthians 1:3-4)

[i] Unless otherwise noted, all Scripture references are from the Tree of Life Version of the Bible, Snellville, GA: MJFB, 2014.

[ii] Some scripture references may seem a verse off one direction or another. This reflects the difference between the Hebrew numbering and the traditional English numbering.