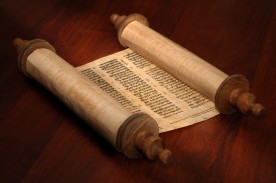 This week’s Parsha, Va’eira, Exodus 6.2-9.35,[i] continues with Moshe attempting to convince the Almighty that He has chosen the wrong guy to be the deliverer. Moshe obviously loses the argument and then began the back and forth dialogue with Pharaoh concerning Bnei Yisrael. After the signs did not impress Pharaoh, the plagues began, waters turned to blood lasting for seven days. Next came the frogs, which were able to get into every nook and cranny. Next were gnats, followed by flies, then a plague that fell upon the “beast of the field” – horses, donkeys, camels, herds and flocks. Next came boils and finally in this week’s portion, destructive hail accompanied by fire. Pharaoh, though each time requesting relief from the hand of the LORD, continued to harden his heart against the request for Israel to go and worship the God who seemed to be the bane of his existence and source of his troubles.

Twice in chapter 6, as he argues with the LORD, Moshe makes an interesting claim about himself, I am “of uncircumcised lips”(6.12; 30). עֲרַ֥ל translated uncircumcised, literally means foreskin, and throughout the Tanakh is synonymous with being uncircumcised. But surely, Moshe, who had been raised by his parents until weaning, would have been circumcised as evidenced by Zipporah circumcising her sons when Moshe began to return to Egypt (Exodus 4.24-26). Rashi understands the phrase to mean that instead of uncircumcised (עֲרַ֥ל) lips Moshe thought he had (עֲרֵלָ֣ה) blocked lips, lips that were unable to express the truths that the Almighty wanted convey. This is also the understanding in Leviticus 26.41 as the LORD states that Israel had an uncircumcised heart, refusing to understand that their disobedience caused them to walk contrary to the ways of the LORD, blocking their relationship with Him, causing Him to hold back His blessings. Later the prophet Jeremiah would record the LORD’s charge against Jerusalem, “To whom can I speak and warn so they would hear? See, their ears are uncircumcised, unable to hear! The word of Adonai has become scorn to them. They have no delight in it” (Jeremiah 6.10). It may have been that Moshe was not so much concerned about his ability to speak as he was concerned about his unworthiness to speak for the LORD. The prophet Isaiah had similar concerns when, after seeing the LORD high and lifted up he proclaimed that his lips were טְמֵֽא (tameh) or unclean.

Having to speak for the LORD is surely an awesome responsibility and one that should never be taken lightly but at the same time, one must not doubt either the calling or the endowment of the LORD. When Moshe complained that he was not eloquent, but slow of speech, the LORD’s response was “Who made man’s mouth? Or who makes a man mute or deaf, seeing or blind? Is it not I, Adonai?” (Exodus 4.11).

The second parable of Yeshua in Matthew 25 (vs. 14-30) concerns the actions of a certain man who was about to go on an extended journey and turned over his possessions to his servants expecting them to make use of said possessions while he was gone. While I acknowledge that the word talents in this parable is literally an amount of money (quite a bit actually) it could also be understood, in light of this week’s portion, to be the talents or abilities invested in a person by the LORD to accomplish He will in our lives. Of the three servants in the parable, the first two used what the master had left with them and increased his holdings. The third, was not so fortunate. Instead of using what he was given, he hid it – possibly protecting it, more than likely afraid of losing it, and thus did absolutely nothing with it. The master was less than happy and was most severe with his judgment. In the next parable, if it is one, (vs 31-46) records the Son of Man judging the actions of those who call themselves His servants. Concerning the ones who apparently did not exercise their abilities in serving the LORD,

Not all of us are Moshe standing before Pharaoh, but we all have talents and abilities that the LORD has invested in us to use within our sphere of influence. Thus, it would be much better to hear the words, “Well done, good and faithful servant! You were faithful with a little, so I’ll put you in charge of much. Enter into your master’s joy!” (Matthew 25.21). It is not the potential reward for obedience that is our goal; it is hearing that the Master is pleased with our actions, that He desires that we enter His joy.

In closing, there is a special Haftarah this Shabbat as it is Rosh Chodesh Shevat (the new month of Shevat). The reading is from Isaiah 66.1-24. One of the reasons for the selection of this passage to Shabbat Rosh Chodesh is the eschatological implication at the end of the reading.

“For just as the new heavens and the new earth, which I will make, will endure before Me”—it is a declaration of Adonai—“so your descendants and your name will endure. And it will come to pass, that from one New Moon to another, and from one Shabbat to another, all flesh will come to bow down before Me,” says Adonai. (Isaiah 66.22-23)

In the Messianic Age, when there will be new heavens and a new earth, Israel, as the chosen of the LORD will remain. The mo’adim, at least Shabbat and Rosh Chodesh will remain and be observed. Finally, all humankind, at least those who have made the choice to do so, will worship Adonai-Tzva’ot together with Israel. Verse 5 ties this special Hafatrah together with this week’s Parsha. “Hear the word of Adonai, you who tremble at His word…” says the TLV. According to the JPS translation, “Hear the word of the LORD, you who are concerned about His word!”[ii] Not only is it important to respect (fear) the Word of the LORD, one must also be concerned about being obedient to it, a condition which apparently, Moshe’s Pharaoh never attained.