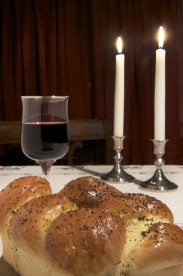 This week’s parasha, Vayeitzei, Genesis 28.10 – 32.3,[i] covers the time from Jacob’s angelic dream and traveling to Paddan-aram to Uncle Laban’s household to find a wife, to his extended sojourn with Laban. For just a moment, however, I would like to return to the end of Toldot and see two different views of how Jacob started his journey. First, there are Rebekah’s words to Jacob

It appears that Rebekah is fearful for Jacob’s life and entreats him to flee to her brother Laban. But, she bemoans to Isaac that she does not want Jacob to choose a wife from the local Canaanite stock. Thus Isaac’s charge to his son,

While there is little doubt that a component of fear lurked in Jacob’s heart as he left home, he left in obedience to his father Isaac, who was echoing the words of his father Abraham not to take a bride from among the Canaanites (recorded in Chayei Sarah Genesis 24.2-4).

In the JPS Commentary, Rabbi Sarna notes that with the words “he (Isaac) blessed him (Jacob)” in Genesis 28.1, “… Isaac confirms Jacob’s title to the birthright independently of the deception. Jacob is recognized to be the true heir to the Abrahamic Covenant, which is why he must not marry outside of the family.”[ii]

Later, just as Isaac told Jacob to leave and go to Laban’s house, in the proper time Hashem told Jacob to return home. “Then Adonai said to Jacob, ‘Return to the land of your fathers and to your relatives, and I will be with you’” (Genesis 31.3; cf. 31.13). The last phrase of this verse, “I will be with you” would have reminded Jacob of Hashem’s promise some twenty years earlier,

Behold, I am with you, and I will watch over you wherever you go, and I will bring you back to this land, for I will not forsake you until I have done what I promised you.” (Genesis 28.15)

This shows that the LORD’s protective, guiding presence was with Jacob, wherever he was—in his parent’s tents, the rocky mountaintop of Hamakom, (traditionally Mt. Moriah) and even the years of servitude with Laban in the Diaspora. It does not matter where we go, like Jacob, we cannot outrun or out-distance ourselves from the care of ADONAI, even in the midst of discipline that we may incur, which is where Israel found itself in the Haftarah for this week.

So My people are bent on turning from Me. Although they are being called upwards, none will rise up. (11.7) … Now Ephraim has said: “How rich I have become! I found wealth by myself. I won’t be guilty of any sin with any of my property.” (12.9) … While they were fed, they were satisfied. Filled, their hearts became haughty. Therefore they forgot Me. (13.6)

Sadly, some of the LORD’s lament against Israel could well be said to the Yeshua-believers today. Israel is described as being full and satisfied, being called by the Ruach but not hearing or if hearing not heeding. They were self-dependent, thinking their own self-worth was a sign of their righteousness and Hashem’s blessing. Worse of all, even with the blessings of ADONAI, they became prideful and conceited, and forgot the One who delivered and carried them.

But this is not the end of the story. Hashem never planned punishment without restoration. Discipline is not to destroy but to provide the wherewithal to rebuild. And ADONAI said to Israel

Return O Israel, to Adonai your God, for you have stumbled in your iniquity. (14.2) … “I will heal their backsliding, I will love them freely, for My anger will turn away from him.” (14.5)

It is always the LORD’s desire to restore His people, to lift them back on the proper path. The prophet ends with these words of promise

Who is wise? Let him discern these things. Who is intelligent? Let him know them. For the ways of Adonai are straight, and the just walk in them, but the wicked stumble in them. (14.10)

His desire for Israel and for us, is to walk in His ways, following His precepts and staying on the straight path that leads to life everlasting. Rashi suggests that Hosea is asking, “Who will be wise enough to contemplate my words and thereby be moved to return to Hashem.”[iii] Let’s not only listen, but also hear the words of the LORD and then act upon them to walk in the straight paths.